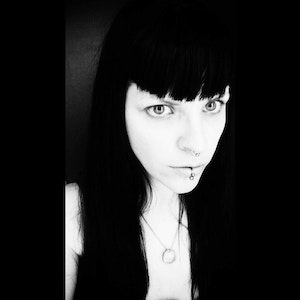 Raw Bones is a multidisciplinary Brisbane based Visual Artist and Photographer.

With a background in Visual Arts including a Bachelor of Creative Industries, Bones has been an exhibiting artist for over a decade.

During her early career she dabbled in various forms of visual media, however it was in 2007 that she decided to take her love of photography a little more seriously and has been utilising the photographic medium ever since. Self-taught she began producing work under the moniker Raw Bones. Her works have been featured in many local exhibitions both locally and interstate through venues such as The Brisbane Powerhouse, Brunswick Street Gallery, Melbourne & The Judith Wright Centre of Contemporary Arts. Nominated for various awards in her medium Bones found her niche within the fetish & alternative subculture which have been represented in various Australian & International publications.

Bones' work is focused primarily on the female form, where she utilises the nude and heightened sexuality in many of her pieces, to reflect the dominant and submissive roles often played by women. The alluring, soothing nature of the curve of the body juxtaposing the strength and confidence of the angles used help shift the power play from viewer to subject.

Sound and AC Chris Ware. / Music "who cares (about you)" by Damsels in Distress.

All images on this site are copyright & the property of Raw Bones. They are not to be copied, printed or republished in any form without the consent of the artist. | Powered by Fotomerchant.com